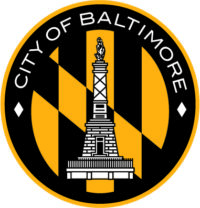 BALTIMORE – On July 18, the city of Baltimore implemented legislation that makes healthy choices easier for families ordering drinks from kids’ menus in city restaurants. Baltimore is the largest American city – and first on the east coast – to pass and implement this measure. The bill was signed by Mayor Catherine Pugh on Apr. 19.

The Baltimore City Healthy Kids’ Meal Bill (17-0152) ensures that water, milk, 100% fruit juice, sparkling water and flavored water without added sweeteners are the default drink options for all restaurants kids’ meals in the city of Baltimore. Families can order other drinks upon request.

“Maryland’s largest city has made a statement by implementing a law that is making the healthy choice the easy choice for families ordering kids’ meals in Baltimore,” said Shawn McIntosh, executive director of Sugar Free Kids Maryland. “Our coalition is excited that Baltimore is improving the health of its children by making healthier choices easier to make. With one in three school-aged Baltimore children unable to maintain a healthy weight, we strongly believe this bill will help address the health crisis facing Baltimore’s youngest residents.”

The implementation elicited 163 media hits. The measure was featured by several national platforms, including NBC’s Today Show, CNN and The Associated Press. Locally, it was chronicled by outlets such as WJZ 13 and The Maryland Daily Record.